Card Games for Seniors to Enjoy 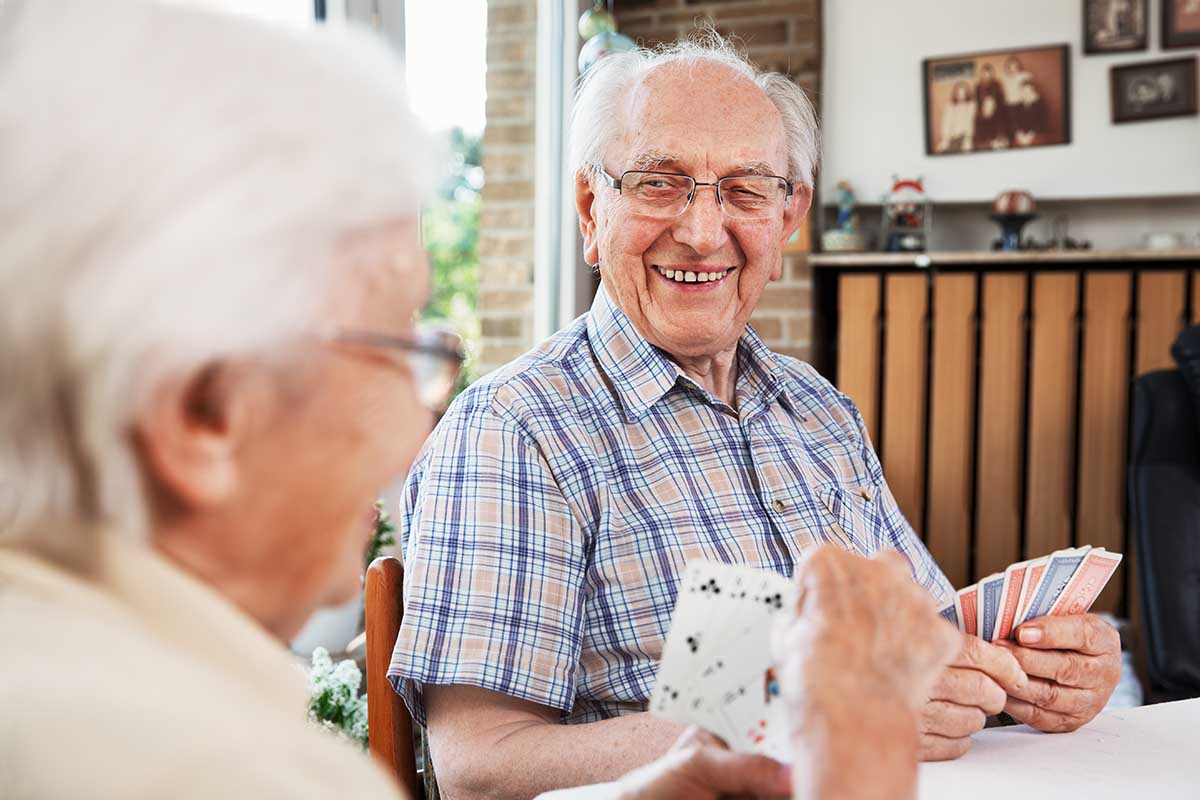 When you take a tour of our Hidden Meadows On The Ridge senior community living in Sellersville, Pennsylvania, don’t be surprised to find the game room hopping with activity and lots of chatter and laughter, regardless if it’s early in the morning, right around lunchtime, or way past your bedtime.

Our game players tend to be a lively group, and while most of them agree it’s the social element that draws them together, they also don’t mind winning once, twice, or heck, every single hand when it comes to their favorite card games.

If it’s been a while since you’ve dusted off a deck, or if you simply want to learn the basics of a new game as you seek out new activities once you’ve entered your golden years and want to keep having fun and staying mentally sharp, here are the basics of a few of our residents’ favorite card games that might get you hooked before you even play for your first mixed canasta.

The modern version of bridge has been popular for nearly a century, dating back to 1926. It uses one whole deck of cards and is played with four players competing as two partnerships. The objective is to get (or win) as many tricks as possible. Points are accrued based on the value of each card or by “long suits”. Aces are worth 4 points, kings worth 3, queens 2, and jacks 1. Having five-cards of a suit is also worth 1 point; six cards are worth 3; seven cards are worth 3; eight cards are worth four. Once hands are valued, bids are made based on that value. The dealer who bids will tell his partner what suit he prefers. If the dealer doesn’t have a lot of high cards, they can also pass. In order to outbid an opponent, your bid must have a greater value than theirs. For instance, if the first bid is 1 club, the next must be at least 1 diamond. When the bidding is done, the partners decide on which suits are their trumps (high cards). Cards can then be played in a number of sequences, and points are added up, with the winners being the ones who score the most.

Hearts – How you play hearts may define how you live your life – conservatively or aggressively. Played with a 52-card deck, the game centers around forcing other players to accumulate cards of the Heart suit while accruing as few for ourselves as possible. All 52 cards are divvied up, after which time each player is allowed to pass three cards to the player to their left. There are a number of strategies involved here. Once the hands are set, each of the four players begins playing cards, with whoever holds the 2 of clubs going first. All players must play cards of a similar suit – with the player playing the highest card winning the hand – until they run out of cards of that suit, at which time they may choose to play another suit, including hearts. Once the first heart is played, players are free to play their own hearts if they don’t have cards to match the played suits. For every heart card a player winds up in possession of after a hand, he or she gains a point. Even worse than hearts is the Queen of Spades, worth 13 points on her own for the person unlucky enough to wind up with her. Players will often discard the King and Ace of Spades in the initial hand, so they don’t wind up with the Queen as well. Of course, there’s an aggressive strategy that involves not avoiding the Hearts, but actively pursuing each and every one of them. If you have a lot in your hand to start the round, you can ride that wave of insanity and try to collect them all. If you finish the round with all of the Hearts in your possession, your score stays at zero, and the other three players each take a lump score of 26. The game ends when one of the four players reaches 100 points, with whoever has the lowest score at that point being declared the winner.

These are just two of the many wonderful card games that promote teamwork, mental ability, problem-solving, strategy, and competition in a social setting. Whether your first love is Go Fish or Battle, Gin Rummy or Blackjack, you’re certain to find just the action you like in our game room.

Our senior living programs are here to keep seniors active and healthy as they enjoy their time in our community. To learn about our available rooms, contact Hidden Meadows On The Ridge today by calling 267.406.6161.