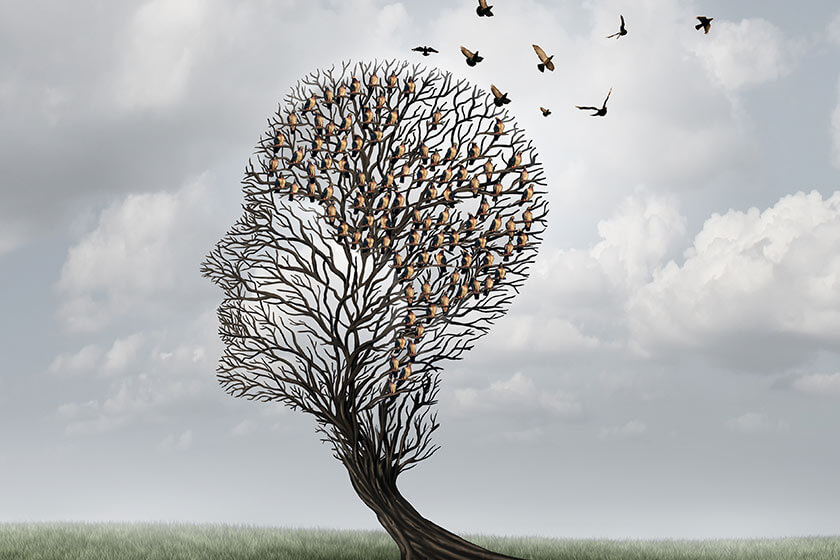 Dementia is a wide category for memory loss. It has an impact on three parts of the brain: memory, decision making, and language. These changes make it harder for older adults with dementia to carry out everyday tasks.

Alzheimer’s disease is the most frequent form of dementia and the sixth greatest cause of mortality in the United States. This brain condition is incurable, advances slowly, and worsens over time by weakening memory and reasoning skills. It will develop severe enough to disrupt everyday activities, and individuals who have it will be unable to do even the most basic duties. Estimates vary, but specialists believe that up to 5.5 million Americans aged 65 and over may have Alzheimer’s disease.

The second most prevalent form of dementia is vascular dementia. Other kinds of dementia, such as Alzheimer’s disease and Lewy body dementia, can coexist with this condition. They share symptoms, making it difficult to determine which is which. Type two diabetes, smoking, hypertension, lupus, cardiac arrest, and cardiovascular disease are all potential causes of vascular dementia.

Lewy body dementia is the third most frequent kind of dementia, accounting for 5 to 10% of cases. This condition is caused by brain abnormalities, and symptoms include disorientation, hallucinations, hunched posture, stiffness, and more. Other brain disorders, such as Parkinson’s and Alzheimer’s disease, contain Lewy bodies. The similarities in symptoms between Lewy body dementia and Parkinson’s disease imply that the two diseases may be caused by the same underlying problems in how the brain processes alpha-synuclein, the main component of Lewy bodies.

Frontotemporal dementia is characterized by cell damage that decreases the frontal and temporal lobes of the brain. It is usually diagnosed in older adults between the ages of 45 and 65, and the condition begins with personality and behavioral abnormalities before progressing to severe memory loss. It has been connected to several gene alterations, but the precise etiology is unclear.

Huntington’s disease is hereditary, caused by a single malfunctioning gene, and is dominant, which means that everyone who receives it from a parent who has it will ultimately acquire it. Huntington’s disease is caused by the protein ‘huntingtin,’ the function of which is unknown. Huntingtin deficiency causes a breakdown of the central nervous system. Memory loss, confusion, trouble with coordination, hallucinations, and behavioral changes are some of the symptoms.

Best Memory Care Program at Hidden Meadows On The Ridge

At Hidden Meadows On The Ridge, we understand the difficulties that seniors with memory impairments experience. When your loved one resides with us at our Memory Care community in Sellersville, PA, we will make every attempt to guide and assist them in a person-centric approach.

Our nurses and nursing assistants receive specialized memory care training as well as ongoing education, allowing them to provide the best possible care to our patients.

Please contact us if you have any concerns about our SHINE® Memory Care program.

What Your Aging Parent Would Love About Aging Near Pottstown, PA
June 29, 2022